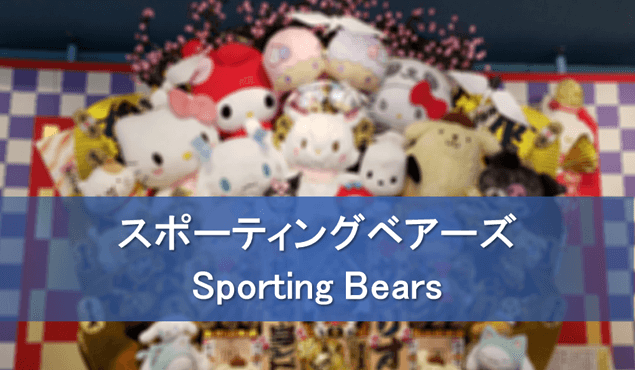 Sporting Bears are the mascot of The Yamanashi Chuo Bank. It was adopted as the mascot character to liven up the 41st National Sports Festival in 1986. There are also live characters and you can meet them at various events in Yamanashi Prefecture. Let’s take a closer look at Sporting Bears.

There’s very little information about the Sporting Bears on the Sanrio official website. Despite their adorable appearance, they may be quite secretive.

The Sporting Bears are a family of four, but the names of each are unknown. If you look at the old character goods, you’ll see “PAPA”, “MAMA”, “BOKU” and “WATASHI” written on each shirt. I don’t think that’s the name of them, but it’s a very original shirt. lol 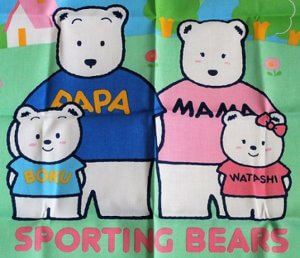 They have a lot of variations in clothing and participate in the Sanrio Character Ranking every year with a different outfit. They have a sporty name, but they are a wonderful family who are very fashion conscious.

The Sporting Bears have participated in the Sanrio Character Ranking before, but unfortunately, they always seem to be at the low rank. As far as I could check online, from 2016-2018 they were in the 90th (out of 100 characters) and lowest in 2019; in 2020 They were 79th (out of 80 characters).

When you register as a friend with the Yamanashi Chuo Bank LINE account, the Sporting Bears will send you information on bank deals and local information on Ventforet Kofu (Yamanashi Prefecture’s professional soccer team) and more. 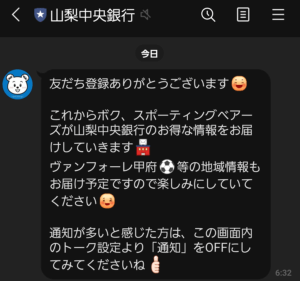 Also, the Sporting Bears’ live character sometimes comes to Ventforet Kofu games and events in Yamanashi Prefecture. Sometimes a photo session will be held, so you might be able to take a picture with him! 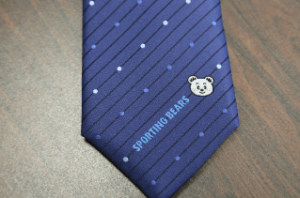 Appearing at various events such as sports and ICT

In June 2015, the Yamanashi Chuo Bank announced ‘Strengthening the use of the mascot character “Sporting Bears”‘. The live characters are not only active at Ventforet Kofu games, but also participate in mothers’ volleyball tournaments and ICT events. He’s such a cute little bear, I wish he’d show up in more places.

The Sporting Bears have been loved in Yamanashi Prefecture since 1986, when they became the mascot of the Yamanashi Chuo Bank. Although their ranking in the Sanrio Character Ranking has not been great, they have been particularly active lately.
We hope that they will continue to expand their activities in the future.